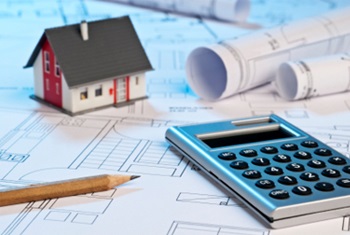 Despite the tremendous growth of marketplace lending, one of the major challenges remains the ability for crowdfunding portals to gain the trust of potential investors.  Patch of Land has established itself as a trustworthy leader in the real estate debt space by placing an increased emphasis on complete transparency as well as state of the art technology, strong due diligence, and thorough underwriting. In fact, Patch of Land believes in the quality of their offerings so much that they prefund their loans and take on 100% of the risk up front.  These core values are some of the ways Patch of Land is able to prevent bad deals from slipping through the cracks.  Now let’s examine the 5 ways Patch of Land Protects their investors’ best interest and establishes trust within the alternative lending marketplace.

From its inception, Patch of Land has exclusively focused on real estate debt because they believe it’s the most scalable and secure version of online real estate investing. While there’s no way to completely remove risk from a real estate investment, Patch of Land attempts to minimize risk for investors by offering short-term notes ranging from 30 days to 12 months. In many cases, calculating a return on investment is also more accurate because future projections are less uncertain compared to equity-based investments. Additionally, the corresponding notes are backed by first lien positions, and in many instances personal guarantees are also received in writing. Therefore, in a worst-case scenario if the property needs to get liquidated, the debt holders are at the very top of the capital stack and will get paid back first.

Perhaps the most important and tedious element to real estate investing is the due diligence involved. To assist in the process, Patch of Land uses state of the art technology developed by its Co-Founder, Brian Fritton, to assess property risk with agility and accuracy. The application of technology is used to gather relative and pertinent property data which can determine how a particular asset might perform in its particular market.  Based on the numbers, Patch of Land's tech will pre-score the quality of a potential investment. If the score is sub-par, the project will immediately be rejected before a loan officer or underwriter even sees the application. This system is put in place to help weed out any bad investments that might potentially slip through the cracks for whatever reason.

Although technology is a great tool to prequalify potential investments, Patch of Land does not rely on it to verify the overall quality of a loan. Every project proposal that tech approves will still be evaluated by a human pair of eyeballs. The Company’s standard is to work exclusively with professional real estate developers who have years of experience under their belt, as well as a solid track record to back up the quality of their work. Additional credit reports and background checks are executed to make sure the borrower does not have a high-risk profile.

If a borrower is credit-worthy the project is further evaluated.  Patch of Land will break down the pertinent figures, comparables, and will also send out a third-party appraiser to do a full walk-through and value analysis of the location in question. A solid exit strategy for the project is another key factor. Typically, Patch of Land looks to rebuild within a metropolitan statistical area (MSA) with a good-sized population, that way there will be more opportunity to sell, or buy and hold, once the project is completed. For added assurance, the Company looks to fund up to a certain percentage of the ARV (after repair or rehab value) and LTV (Loan to Value) of the property. Therefore, in a worst case scenario the property can be liquidated and funds will be returned back to the investors. The Company’s current average ARV is approximately 56.7%. More real time data can be found on Patch of Land’s Stats Page.

Another way Patch of Land has established trust with its investors is by prefunding real estate investment opportunities. Since the inception of the Company, Patch of Land has prefunded their loans to show investors they believe in their offerings enough to take on 100% of the risk up front. After a loan is prefunded, then Patch of Land will present it on the crowdfunding platform for the investors. If nobody in the crowd decides to invest, then Patch of Land will still move forward with the project. Therefore, it behooves the Company to implement thorough underwriting and strong due diligence on every single project. Prefunding also works in the investors’ favor because they are able to start earning interest on their principle investment as soon as their funds clear escrow.  This is unlike many real estate crowdfunding platforms where an investor’s money might sit dormant for an extended period of time until that particular loan is fully funded.  Patch of Land’s prefunding strategy establishes trust with the crowd by putting their own money into their offerings, while respecting the core concept of time is money for their investors' best interest.

A buzzword throughout the world of marketplace lending is complete transparency. Patch of Land’s Investor Dashboard helps provide transparency by allowing investors to see what their money is doing 24/7.  Furthermore, the Investor Dashboard gives access to in-depth investment summaries, pictures, due diligence documents, the financial overview, the lead Developer’s profile and past projects, as well as useful links to outside sources such as Zillow listings, Google Maps, and City-Data.  All of these resources are free to the investors so they can perform their own due diligence on top of Patch of Land’s and be confident that they are making a sound investment decision every time.

Investors are also notified of property updates along the way so they can see what phase of construction their project is in. Written description and visual progress reports are given by the lead developers and posted on the portal. Investors can also download files and tax returns to do year-end reconciliations, manage account funds, and conduct withdrawals to linked external accounts. Additionally, projected distribution timetables and figures are sent once a loan starts approaching its maturity date. This type of openness is much appreciated by investors who like to have an active role and want to know the progress of their investments along the way.

Patch of Land is also the first crowdfunding company to crowdfund itself. By doing so, they completely opened themselves up for investors to evaluate the company inside and out. Ultimately, Investors displayed their trust and belief in the Company’s business model and ability for sustained longevity, as their SeedInvest capital raise surpassed the funding goal in less than two months’ time.

As time moves forward and investors become more educated and comfortable with online real estate investing, it will be interesting to see which crowdfunding portals withstand the test of time. Honesty, transparency, credibility, and reputation will all play a huge factor in which platforms survive and which ones fall by the wayside.  Those that continue to thrive will make it a priority to have the investor’s best interest at heart. Those that do not will undoubtedly be revealed by due diligence sites like CrowdDD.