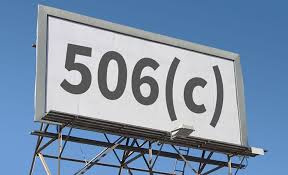 Working out the last few bugs on CrowdDD transition to real estate sponsor and platform reviews. It should be ready this month.  In the meantime, the private investor group I co-founded is planning its official launch.  The 506 Investor Group is an invite only group for accredited investors that discusses and shares due diligence on both crowdfunded and syndicated real estate investment opportunities.

As the 506 Investor Group, has grown, so has its “buying power”.  In the last couple of months, we have invested over $2 million into a single real estate fund. In addition, in less than 48 hours we took over 40% of a CrowdStreet motel deal while investing over $1 million. Our group members have discovered information during our due diligence that has resulted in four deals being removed from various real estate crowdfunding platforms. Further proof that the cumulative wisdom of a group is superior to going it alone. Our group has invested over $30 million into a variety of syndicated or crowdfunding deals.

The 506 Investment Group is also pooling our time and resources to developed a Sponsor Fee spreadsheet of every syndication or crowdfunding deal we have invested. As many of you know, it can be quite difficult to parse though the many varied fees a sponsor can bury in a PPM. A 1% asset management fee can be insignificant or massive depending on how its calculated. The latest fee I have grown to hate are fees on “committed” capital. It can take what appears to be an innocent 1.5% fee into a 7.5% bloodletting of your returns.

Our early research shows that sponsor fees vary widely. Total fees over the lifetime of an investment have a low of 1.39% to a high of 31% of equity raised. Some sponsor will make 30% of an equity raise no matter how the investment performs! I like to see sponsor/investor interest aligned a bit closer. Average yearly fees (total fees on a project dived by the life of the project) varied from .3% to 5.93% each year. Therefore, the deals with the worst fee structure must generate a 6% return before investors see a dime.  Ouch!

Eventually, we should have the data to know the median fees for each asset class as well as the range.  This will be a key component when evaluating future deals. The struggle is to somehow breakout and quantify the often byzantine fee structures sponsors put out.

As our database of fees grows, I will report back on some of the more interesting findings.

Great concept -I only wish more groups would form and work collaboratively to share info. and work on the Due Diliegence on the vast number of deals that are now available.

Good stuff Mark. I have learned alot since joining this site and the group.