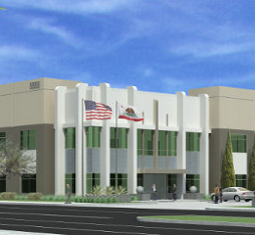 I just wanted to add a quick update on one of my crowdfunding investments from last year on the RealCrowd platform.  In May of 2014 I invested in  Slauson industrial and office building development.  The project was a ground up development and they estimated that the property would be ready and sold by September 2015.

The investment had a forecasted IRR of 18-20% and the terms were 8% preferred and then a 60/40 split in favor of the investor. The project was completed ahead of schedule and went under contract in June of 2015.  They closed the sale on July 9 and investors received their final distributions on July 15. RealCrowd’s investors realized a 1.35x return on their investment, which over the 14 month hold period represented a 29% IRR. As with all RealCrowd investments, there were no platform fees deducted from our returns.  It’s nice to see a professional developer under promise and over deliver to its investors.

Great site. Have you done any due diligence and/or deals on Crowdstreet.com? They seem to be similar to Realcrowd.com

Robert, the total return was 35% over 14 months, so the IRR or 12 month return was 29%. Calculating a return for the portfolio will be very difficult. The debt stuff is easy but a lot of the equity we will have no real idea for 3 to 5 years or maybe longer. The cash on cash returns have been largely on target. My self storage and Mobile home parks investments are at 10% cash on cash so far. They account for 40% of my equity deals. (except for 1 at Realty Mogul..American self Storage.. thats paying 0%, but that one is less than 2% of my portfolio)

Mark that is awesome. So 29% over 14 mos, that works out to be a roughly 25% annual return I think. Have you looked at all the money total you put into CF the last 12 mos and figured out your total return? 25% will juice your total returns nicely. Also Mark, have you developed a checklist for what you look for to invest in a CF deal? If so that would be a great blog post!

wow ! nice return I was so close to investing in that project , glad to see investors received a better return thanks for posting