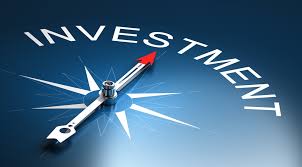 This is the second blog post on my investment status through the first half of 2016. The first post was on my 10 investments at Realty Shares. Today’s update is from my direct investments and investments through a Private Investment Group.  I also thought it might be helpful to see my investment breakdown over the different crowdfunding sites or methods:

Mobile Home Fund 4 from the private investment group. The first of 3 Mobile home park funds that I invested in after an introduction from the private investment group from March of 2014.  This fund invests in parks primarily in the Midwest and terms are 10% preferred with a 50/50 split. It is current on their 10% cash on cash preferred return through the 2nd quarter of 2016.  They expect either an IPO or a preferred equity buyout by the end of 2016.  It should meet or exceed the projected 20%+ IRR returns.

Houston Retail from the private investment  group. This class B+ retail Center in Houston TX from August of 2014. Cash flows were projected to start at 11% and average 12% with an IRR of 20%. The investment has paid its 8% preferred return every quarter until Q2 of 2016. Long story short is they loss a couple of tenants, but as of the most recent update they are 100% leased and at rates above projections. The cash on cash returns have been lower for lease up cost and commissions, but should beat expectation starting in Q3 of 2016.

Mobil Home Fund 5 from the private investment group. This fund is from October of 2014. Very similar to Fund 4. They are also current on the preferred return and should have the same exit in the next 6 months.  It should also meet or beat the 205+ IRR expectations.

Rockledge Self Storage from the private investment group. This property in Rockledge, Fl. is from February of 2015. Terms are 8% preferred with an 80/20 split.  Cash flows were projected to start at 11% in year 1 and average 14% and an IRR of 24%.  Cash flows have been 10.5% for the first 2 quarters of 2016 and NOI has beat budget for the past 4 quarters. The property was purchased at an 8.25 cap rate and the 24% IRR was based on a 8 cap exit.  I have worked with Reliant looking for a self-storage opportunity over the past 6 months and cap rates in this area are now below 6%.  NOI for the first 6 months of 2016 is 50% above budget. This investment appears to be exceeding expectations.

Naples Self Storage from the private investment group. This self-storage property in Naples, Fl. is from March of 2015. Terms are 8% preferred with an 80/20 split. Cash flows were projected to start at 11% in year 1 and average 15% and an IRR of 25%.  Cash flows have been 10% for the first 2 quarters of 2016 and NOI has beat budget for the past 4 quarters. NOI for the first 6 months of 2016 beat budget by 16%. Similar to Rockledge, cap rates are now sub 6% and the 25% IRR was based on an 8 Cap exit. This investment appears to be exceeding expectations.

Spring Hill Self Storage from the private investment group. This self-storage property in Spring Hill, Fl. is from June of 2015. Cash flows were projected to start at 10% in year 1 and average 13% and an IRR of 25%.  Terms are 8% preferred with an 80/20 split. This property was purchased at a 7.5 cap rate and current cap rates are below 6%. Cash on cash returns for 2016 have been 9.5%.  NOI missed projections by 30% for the first 6 months of 2016. Sponsor blames on site management issue for the shortfall and  they say the problem is corrected. They also report that July beat projections.  This one is not meeting expectations, but does not appear to be in trouble since the self-storage market is strong.

Houston Multifamily from our email group.  This Houston Texas apartment building is from July of 2015.  Terms are 8% preferred with a 70/30 split to 12% IRR, then 60/40 split to 15% and then 50/50 split. IRR is forecasted to be 21% with year 1 cash flow forecasted at 1%, year 2 at 4% and raising to 39% with a year 3 refi. NOI has been above projections since the purchase. A fire destroyed one building, but loss of business insurance when received will further put cash flow ahead of expectations. The project appears to be on track.

Mobil Home Fund 6 from the private investment group. This fund from September of 2015. Very similar to Fund 4. They are current on the 10% preferred returns after a catch up payment in Q2. It’s very early, but with the projected exit later this year, I expect the investment to beat projections.

LA Industrial Opportunity from repeat sponsor. This is my second investment with this sponsor  My first investment was the LA  ground up investment from Real Crowd that had over a 35% IRR. This is a similar ground up industrial development that has a projected 23% IRR over 3 years with an 8% preferred 60/40 split from September of 2015.  So far the project is on time and on budget with no cash flow to date as expected.  This investment appears to be meeting expectations.

Columbus Ohio Business Park from the private investment group. The business park in Columbus, Ohio from is May of 2016. Year one cash flow is projected to be 10% and the average cash flow is 11% and an IRR of 17%. The property is being acquired at a 9.9% cap rate on year 1 proforma and is 87% leased. Terms are 8% preferred with a 75/25 split. Too early to assess its progress.

Distressed Note  Fund II from our email group. This fund that buys distressed notes and was founded by Eddie Speed of the NoteSchool. This fund has a 9.5% preferred and a 50/50 split and has a 2 year lock out before shares can be redeemed. Returns from Q2 were 12.2% and returns since inception are 14%. Investment was made during Q3 2016 and it too soon to report on returns.

Lake Charles Micro Hospital from repeat sponsor.  This ground up micro hospital in Lake Charles, LA from July of 2016. The average cash on cash is 17% and the IRR is estimated a 20% on this NNN lease. They expect to build the facility at an effective 13% cap rate. The terms are 8% preferred then a 65/35 split to a 18% IRR, then a 50/50 split. The investment recently closed and there had been no feedback from the sponsor.

Wisconsin Fund II from repeat Sponsor. The fund and funds were in invested in August of 2016.  I previously invested in Fund I and Northwood Apartments. Fund I made a distribution of 30% of the fund from a multifamily investment that comprised only15% of the fund.  Northwood is schedule to close this month with a estimated 20% IRR.  Fund II is also invested in Fund I which has many assets that have appreciated back to 2014.  This low leverage fund terms are 8% preferred 70/30 split with a 15% expected IRR. Too soon to determine returns on this investment, but since we are buying in with a built in gain the future seems bright.

If you would like information on our email group for accredited investors, please use our contact us page at CrowdDD.com.