What Is Equity Crowdfunding and Why Should I Care? 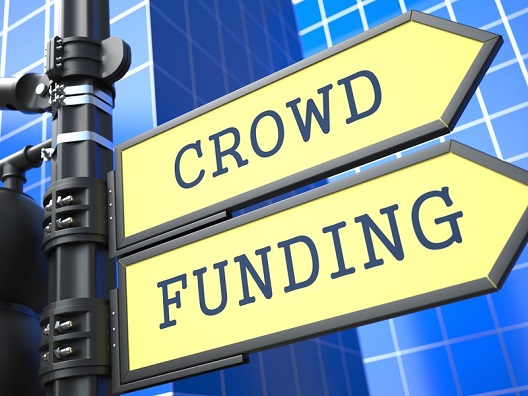 What is equity crowdfunding and why should I care? The simple answer more money for you and higher returns for your idle cash. Relatively safe short term (six to nine months) crowdfunded real estate loans are paying investors 9%- 13%. This certainly outpaces the .25% money market funds returns.

Crowdfunding’s roots began in 2009 when reward based sites such as Kickstarter began to proliferate. Companies used crowdfunding sites to launch new products and services by giving rewards and discounts to consumers who would “preorder” their offerings.  The crowd would then fund the project and the company could ramp R&D and production without incurring debt. For example, the Pebble smartwatch raised over $10 million dollars from thousands of consumers before they produced their first watch.

In 2012, Congress passed the Jump Start our Business Act (JOBS ACT) which now allows companies to solicit capital from accredited investors to crowdfund their debt and equity deals.  Before the Jobs act, companies could only pitch their deals to people with whom they had a preexisting relationship.  As a result, reaching new investors was an ongoing issue. Before crowdfunding, the minimum investment into a deal was often $100,000 or higher. Now investors can pool smaller amounts of money and make one large investment as a group.  Instead of one person making a $100,000 investment, a group of 20 investors can put $5,000 each into the deal.

The most beneficial aspect of equity crowdfunding is the tremendous access to deal flow, increasing diversity across different geographic regions and different asset classes. Using a real estate crowdfunding platform, you could put $5000 each into a 15% IRR equity investment of a hotel in Colorado, an apartment in San Francisco, a shopping center in Houston and a self-storage building in Washington DC.  You could then put another $10,000 in an Atlanta house flip debt deal, paying 13% with a loan to value of 55%.

The good news is we now have access to deals all over the country, but how do we know the good investments from the bad ones? That has been the problem.  CrowdDD is the solution.  Let the wisdom of the crowd guide you as they rate and discuss the many investment opportunities available to you.  We also provide ratings and reviews on the many crowdfunding platforms. All platforms are not created equally and knowing the difference will help guide you away from the poorly run portals.