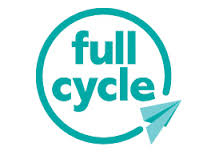 I  made many post over the years showing the yearly and quarterly results of my crowdfunding investments.  While that information is useful, the most important metric is the final results once an investment has gone full cycle.  I’ve invested online for over 3 years now and of the 95 real estate investments, 31 have gone full cycle.

I had a 15 Debt deals go full cycle. Most were on Patch of Land and a few on Fund That Flip A lot had extensions etc. and some delays, but they all paid and I averaged about 11.56% over the past 3 years.

These deals that  have an "interest" payment a kicker at projects completion - I have 10 of these go full cycle and 80% of them missed projections (all IRR's ). The average return was 11.15%.  Almost all of these deals were single family fix and flips. A typical structure was 8% interest paid monthly and the a 9% kicker once the property sold. As you can see, many of the equity kickers did not materialize.

I have equity 3 investments under contract for a 25% to 30% IRR. 2 investments have returned all of my capital with a refinance, but I still own my portion of the asset.

I currently invest exclusively in straight equity and debt deals now. If you look at the sponsors with the worst ranking at CrowdDD, they are all did hybrid investments.

Thank you for taking the time to do the analysis, very informative. My concern is that all of these operators were during a rising tide (market is going up) so it's easy to perform well. My big question is how did they perform during the last great recession.

Pretty amazing returns when you consider the worst set of deals still returned an average of 11%.