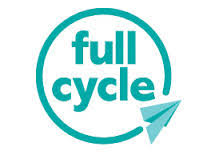 The good news is the other 37 investments made a dollar weighted 23.88% IRR.  The projected dollar weighted IRR was 19.16% for all 40 investments. Overall, investments that have gone full cycle have beaten expectations.  However, if you dive into the specifics of the deals, returns are far from uniform.  17 investments beat projections, 16 came within 50% of their projected IRR, 7 missed by over 50%. (as mentioned earlier, 3 of those 7 lost money).  The median IRR is 15%.

Direct investing is the obvious winner with a 33% IRR. Real Crowd and Realty Mogul were a close second with 20% + IRR’s.  Realty Shares and IFunding (Both defunct) eked out single digit returns.  Fundrise lost principle, but mainly due to 1 in 3 investments losing money and it was a 50% haircut.  Investor can no longer invest in individual deals with any of the 3 laggards.  2 are out of business and Fundrise has moved to an eReit model.

My last Realty Shares, Realty Mogul, Fundrise or ifunding investment was in 2015.  I have 3 deals left with RS and 3 with RM and 1 with Peer Realty (also defunct). It is clear from the data that I learned from my mistakes and moved away for the platforms and only invested directly with Sponsors. You need to verify their background and track record. Make fewer larger bets on established sponsors is the trend.  3.3% of my alt portfolio is with a platform and 96.7% is direct.  Although some investments did use CS or RC, I still am investing directly with the sponsor. The ”% of 2014 $” column is the dollar amount invested each year as a percentage of the amount invested in 2014.  I invested 50% more in 2019 than I did in 2014.  However, I invested in 50% fewer deals.

Number of Investments per Year by Type