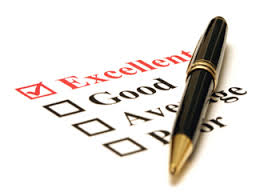 I am a member of a private email group that is realizing the potential of how I envisioned CrowdDD would help investors. I designed CrowdDD so accredited investors could share due diligence on crowdfunding deals and platforms.  The hope was the wisdom of the crowd would point investors to the deals that had the best chance for success. Privacy, legal, and SEC challenges have made the public exchange of information all but impossible. I have been threatened with lawsuits more times than you could possible imagine by crowdfunding platform and sponsors.

The good news is the private group model has been proven successful without the risk of lawsuits. The problem is this information is limited to our group and is not being shared with the accredited investing public.  I hope to use this blog to divulge the consensus of the group about the potential of specific 506c investments without sharing the private due diligence that is uncovered.

Based solely on my opinion and my interpretation of the groups post, I will assign a value to each investment that is discussed in our group.  I will use the following rating system:

5 – A “no brainer”. Very few concerns about the deal or the deals structure. Most investors in the group would invest if they had the capital. Less than 5% of the discussed deals have been 5’s.

4 - A very solid deal. A few issues/concerns are raised, but most the group believes the investment to be solid with a good risk/return structure.

3 - A solid deal but with issues with the structure or the sponsor that puts most investors on the fence.  You should truly believe the sponsor’s story to pull the trigger at the stage of the market.  We are late in the real estate cycle and a lot of solid deals on paper are being passed by the group because of timing.

2 - The consensus is this deal risk/reward structure is out of alignment for investors. Not necessarily a horrible deal, but with so many other investments in the market, why bother.

1 - Stay away. Run, don’t walk away from this investment.  Due diligence uncovers something that most everyone agrees makes this a bad investment.

I have invested in “3”, “4” and “5” deals.  Geographic and real estate class concentration in your personal portfolio will trump any rating system.  It’s never a good idea to have too much concentration with any one sponsor, any geographic region or any investment class.

Another interpretation of my ratings:

Some of the 2016 deals discussed in the private group with my rating are below. RealtyMogul, RealtyShares and ifunding deals are not included because of SEC rules.  However, most of these deals would have received a “2” rating if I could disclose. During 2016, I’ve made 20 crowdfunding investments. One was made with RealtyShares, zero with Realty Mogul, and zero with iFunding.

In the future, I will post my interpretation of our private discussion on live deals at Real Crowd, CrowdStreet and other 506C platforms.  These ratings are just my opinion and I have no idea which investments will be successful and which will tank. A "1" could outperform and and a "5" could go bankrupt. I am not, nor do I represent myself as a financial advisor.